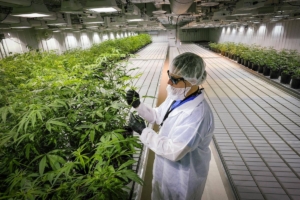 Indo Laboratories will operate in former laboratory space on Simarano Drive after city leaders signed off on a special permit last week. The laboratory will apply to the state’s Cannabis Control Commission in the coming weeks to become licensed, said Nicholas Masso, CEO of Indo Laboratories.

“We’re very eager to get going,” said Masso, who hopes to have the facility up and running by the end of the year.